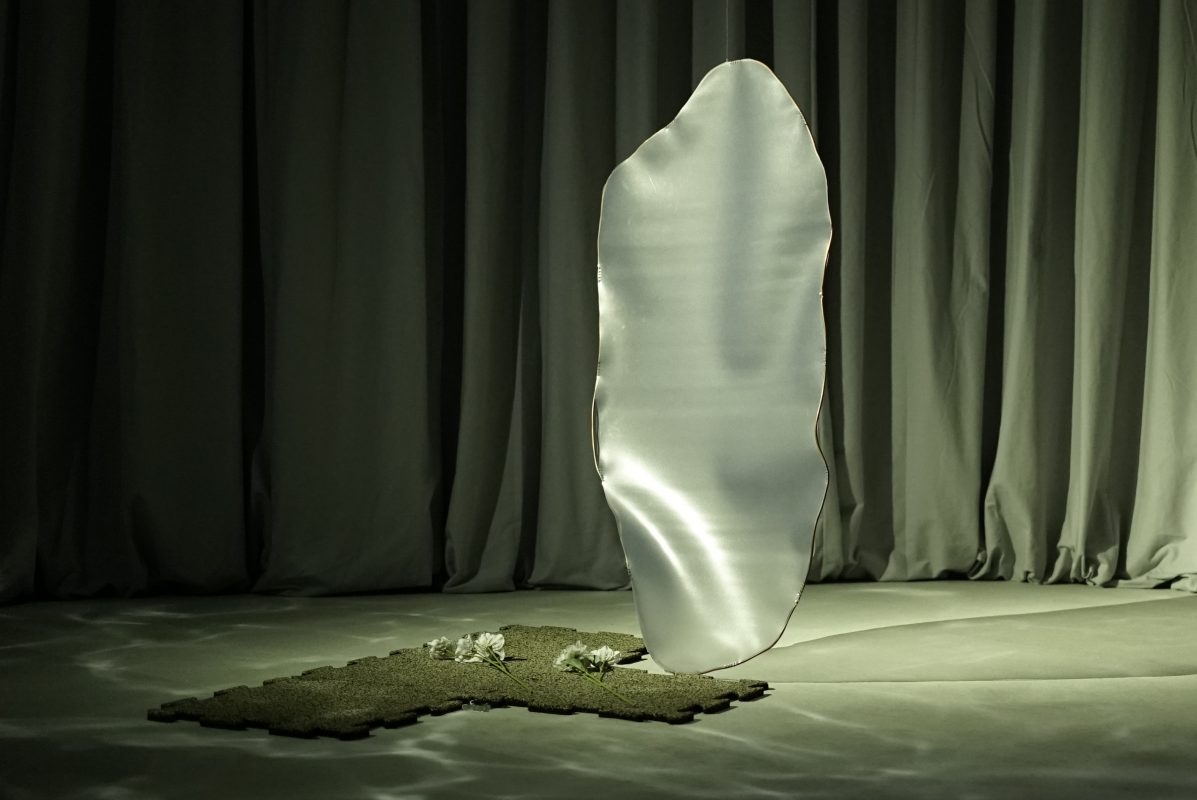 «The Zone of Stellar Fauna»

«The Zone of Stellar Fauna» by Leon Eixenberger and Kat Válastur originates in the set design for «Stellar Fauna», a dance piece that is part of the series «The Staggered Dances of Beauty» in which Kat Válastur uses mythology as a tool to process contemporary questions.

In a cylindrical space made of grey curtains the viewer faces an environment in which light projects the waves of water onto the floor. Additionally, a soundscape emerges consisting of dripping water, which fills the room and creates a dense atmosphere. Sculptures in the shape of tears, produced by dripping candle wax onto water tell a story of meditation and mourning for a natural environment that will soon be lost. Artificial flowers and puzzle pieces made of rubber suggest a game world and a world after nature has been displaced by culture. What can an ecosystem be in which man has taken control? Do we mourn the loss of nature as a living being? Which new mythologies are we developing in the age of the Anthropocene?

Leon Eixenberger’s work has been shown internationally in Institutions including Hamburger Bahnhof Berlin (2017), Vitamin Creative Space Guangzhou (2014) and the Neue Nationalgalerie Berlin (2014). Since 2017 the visual artist has built set designs for the choreographer Kat Válastur.

Kat Válastur was born in Athens. Today she lives and works in Berlin. Her works are defined by the creation of a distinctive dance and visual language in which our desires, fiction and reality merge into speculative notions creating highly intense atmospheres.