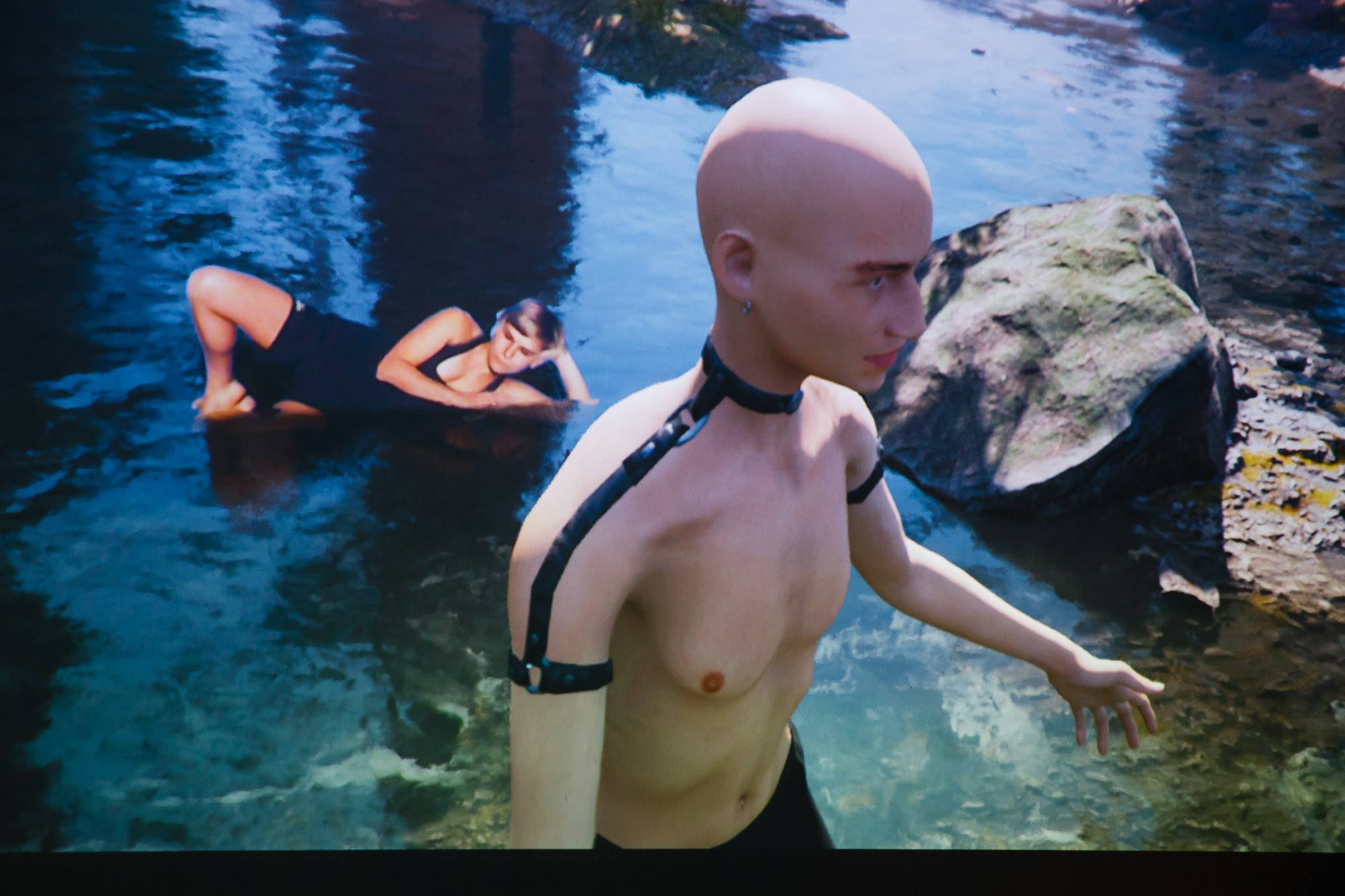 If A Tree Were To Fall

This project started by rephrasing the famous philosophical paradox: «If a tree falls in a forest and no one is around to hear it, does it make a sound?» into «If Hatsune Miku were to dance while nobody was watching does her dance actually happen?». The response developed into a simulation of an endless dancing figure, based on access to a large collection of motion capture data and interpolating between movements while also considering parameters from the virtual and the physical spaces.

The simulation was created by Adrian Ganea with a UE4 game engine using self-made motion data as well as CMU and mixamo motion capture databases. The result is a musical and dance performance piece where the performers, Kinga Ötvös and the AI, appropriate behaviours from each other in a bid to unwrap meanings within autonomous behaviour, using live music produced by Kinga Ötvös as a common language for both.

Adrian Ganea (b. 1989) is an artist and set designer. He lives and works in Cluj Napoca. His practice ranges from designing scenography to programing 3D simulations and composing videos. In his work, he aims to enact the production of fiction, often reflecting on its increasing automation.

Kinga Ötvös (b. 1989, Zalău) is an actress/performer/musician based in Cluj-Napoca, Romania. Her major interest besides her studies in classical voice/opera singing and acting is movement and dance. She is driven by a fascination for combining different skills, such as visual arts with performative structures.

Performer/Musician: Kinga Ötvös, Video/3D Animation/Set Design: Adrian Ganea. The performance was realised during a residency offered by Colectiv A, and co­financed by AFCN.